Born in the northern New York bordertown of Watertown just a half hour from Ontario Canada, Joe was touched by music at the earliest of ages. “I swear I remember my mom playing piano when she was pregnant with me, especially that left hand… that’s probably why I ended up being a drummer.” 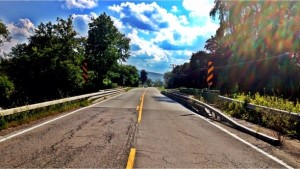 His middle class home on Michigan Avenue was full of music day and night during his youth. His older brothers and sister filled the place with the likes of Elvis, The Everly Brothers, Miles Davis, Jimi Hendrix, Bob Dylan and Gordon Lightfoot. His piano playing mother meanwhile leaned more toward the likes of Count Basie, Duke Ellington and Nat King Cole, mostly on Canadian radio stations. ” I loved everything my mom and brothers and sister liked but I really was transformed by the voice of Ray Charles. I remember the first time I heard him, I was maybe 4 or 5! ”

Joe’s first band The Baskerville Hounds were a “semi-big deal” in the summer of ’69 on the Gatsby-ish Thousand Island rich folks summer home circuit as well as the catholic school dance and festival scene. “As a 14 year old lead singer I saw and learned alot that summer. Being the 60’s it was an education in a lot of the ways of the world but it also taught me about the music business and the dynamics and politics of being in a band.” Soon after, Joe started booking local dances and after high school and college booked concerts and colleges around the northeast out of Ithaca, New York… Artist management gigs followed as well as stints in record retail and distribution in Syracuse and New York City. A 1979 move to California to finish college at San Francisco State University landed him a job with Tower records at it’s famous Columbus and Bay store, which eventually turned into a top marketing position with the mega-retailer at it’s corporate office in West Sacramento. After a brief corporate stint at Jose Menendez’s Live Home Video in Southern California, Medwick turned to free-lance writing for labels like Warner Bros.,Virgin, MCA and feature writing for the weekly industry-insider Hits! Magazine.

After 20 plus years of helping his friends sell and market records, Joe got back to performing in the early ’90’s with the help of guitar great and now best mate, former Clapton, Emmylou Harris guitarist Albert Lee. “Albert’s been an extraordinary friend and his guitar playing speaks for itself…brilliant.” Other buddies like former Neil Young/ Ry Cooder bassman the late Tim Drummond introduced him to musical pals like Dylan, Young and J.J. Cale.

Hoping to get back to his northern roots and be near his friend Levon Helm and other members of The Band, Joe headed back east from Santa Barbara to live, work and play near Woodstock, New York. He formed his first Joe Medwick’s Memphis Soul Band with creme of the crop players like Jim Weider, Randy Ciarlante, John Simon, Jeremy Baum, Bruce Katz, Pat O’Shea, Jake Guralnick  and many, many more amazing musicians and friends.  He became a lifetime member of the Midnight Ramble, Levon’s soon to be “best jam ever” according to Rolling Stone Magazine and enjoyed countless shows at Levon Helm Studios, that literally “saved his life”.   Joe was almost killed in a car accident on black ice near Woodstock.  After many months of painful physical rehab and hospital visits, it was decided that a warmer “safer” climate might be “abit better for his health!”

In 2012 Joe moved to the live music capital of the world in Austin Texas, and though he dearly misses upstate New York, his summer home in the 1000 islands and trips to Canada and Quebec, Austin treated him very well both musically and healthwise. He has performed with Miss Lavelle White, Guy Forsyth and Rosie Flores among many others, and hung with the likes of Texas legends Marcia Ball, Joe Ely, Cindy Cashdollar and a countless other local artists that he so admires, while enjoying the “healing waters” of Barton Springs 68 degree all natural pool almost as much! Moving back to Northern California 2014 for family reasons, Joe has picked up right where he left off in Austin. 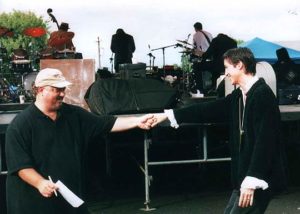 His first record “Memphis To Montreal”, was completed at Johnny Lee Schell’s Ultratone  Studios in Studio City with additional recording with the amazing musician/producers Gary Mallaber and JT Thomas , also in LA.

“Between Tower Records, my magazine, film and record label work and all my friends, I’ve been so lucky to have interviewed or hung with hundreds of my musical idols like: Ray Charles, Miles Davis, Levon Helm & Garth Hudson, Ringo Starr, Steve Cropper & Booker T, Joni Mitchell, Jackson Browne, Albert Lee, David Lindley, Muddy Waters, Willie Dixon, Taj Mahal, John Lee Hooker, Dan Penn, John Hiatt, Emmylou Harris, Kate & Anna McGarrigle and so many, many more.  It’s been like a dream come true, and every single day I meet someone new that thrills and inspires me”.